Warning: "continue" targeting switch is equivalent to "break". Did you mean to use "continue 2"? in /home/artbxrse/tour4fun.net/wp-content/plugins/motopress-content-editor-lite/includes/ce/shortcode/ShortcodeCommon.php on line 795
 Bulgarian Folklore • Tour4Fun

The Bulgarian national costume is an intrinsic part of Bulgarian lifestyle and culture. Over the ages, folk costume designs have been influenced by Thracian, Slavonic and ancient Bulgarian motives. The basic article of clothing is a white shirt with long sleeves, worn under vests and coats of various shapes, materials and decorations. There are four types of national female costumes: the single apron, the double apron, the tunic, and the sayana, and there are two types of national male costumes: white-shirt and black-shirt. Each ethnographic area (Dobrich (Dobrudja), Pirin, Rhodope, Northern (Severnyashka), Thracian and Sofia (Shopluk)) has its own typical workday, holiday and wedding costumes.

If you want to buy a ticket for concert performed by National Folklore Ensemble "Philip Kutev" click here.

An important part of Bulgarian culture is folk music and national dances, such as the horo. Instruments typically used to perform Bulgarian national music are the fiddle, the mandolin, the kaval (flute), the gaida (bagpipe), the pipe, the dvoyanka (double pipe), the drum and the tarambuka, another percussion instrument. Bulgarian folksongs are handed down orally from one generation to the next. The ensembles "Cosmic Voices", "The Mystery of Bulgarian Voices" and the folklore ensemble "Pirin" are internationally famous. Bulgarian traditional dances are exceptionally vivid forms of artistic expression. Most often they are performed by a group of people touching palms in a closed or open circle, semicircle, serpentine pattern, or in a straight line. Participants perform similar movements in unison, along with gestures and steps to a specific melody (the horo). Depending on the rhythm and the steps, there are a number of horo types: the standard horo, the rachenitsa, the paydushko horo and the improvised horo. 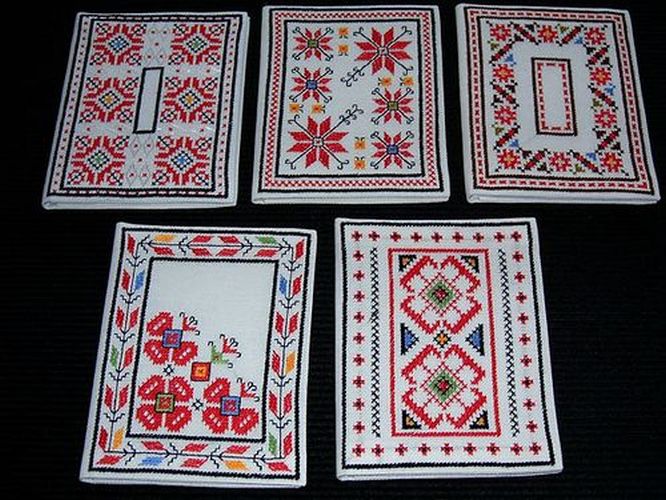 If you want to buy with Bulgarian embroidery click here.