On March 1 Bulgarians decorate their clothes with small red and white ornaments called “martenitsi", after the Bulgarian name of the month of March (mart).

“Martenitsi" are made of red and white woven woollen, silk or cotton yarn. These are made into tassels, ringlets, pellets, squares or human and animal figures. Often various images and symbols made of wood, leather or ceramics are attached to the yarn. The “martenitsi" are fastened to clothes on the left hand side, right above the heart. According to ancient legend, they bring health, happiness and longevity. Old Bulgarians believed in an evil natural force called "loshotia“ (devilry), which came to life in springtime. In popular belief, March 1 marks the beginning of spring. People would ascribe magical powers to the martenitsa, protecting them from “loshotia", i.e. diseases and “the evil eye“. The martenitsa should be worn until the first sighting of a stork and should then be tied to a budding or green tree. According to some beliefs, the martenitsa is connected with Khan Asparuh (credited with founding the Bulgarian state) and with the year of establishment of the First Bulgarian Empire (681 AD). One of these legends tells that when the Bulgars (Proto-Bulgarians) reached the Danube River plain, they were enchanted with the place and decided to settle there. After the newly-formed state was proclaimed, the Khan wanted to make an offering to the supreme god Tangra. By tradition, the sacrificial pile was to be lit with a sprig of dry dill, but there was no dill to be found. While Khan Asparuh wondered what to do, a falcon perched on his shoulder with a sprig of dill hanging from its leg, fastened with a piece of white thread stained in red. It was sent by Huba, Asparuh"s sister, who had remained in their father"s (Khan Kubrat’s) palace. Huba had a dream about her brother"s predicament and sent the sprig of dill fastened with a piece of white woollen thread. During the long flight, however, the falcon"s wing was rubbed sore and stained the white yarn with blood. So Khan Asparuh received the sprig fastened with white and red yarn. He lit the fire according to the tradition and adorned himself with the thread as a health charm. Bulgarians have adorned their loved ones with white and red yarn on March 1 ever since. 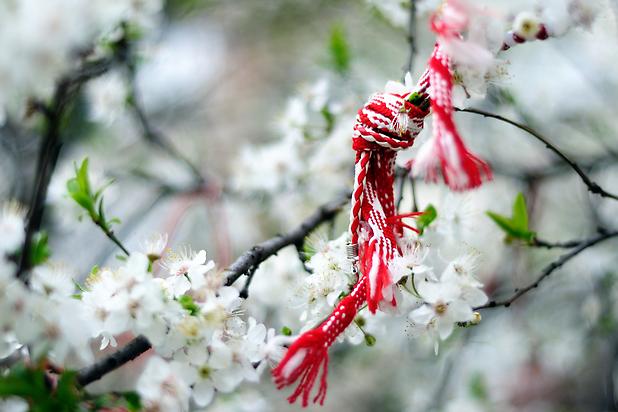 If you want to buy quality bulgarian souvenir click here.

Some of the customs practiced on March 1 related to chasing away evil spirits include lighting a bonfire and burning the rubbish in the yard. Afterwards everyone jumps over the embers. Another rite involves choosing one’s day. Everyone thinks of a day between 1 and 22 March and predicts what the year will be like according to the day they choose. If it turns out sunny, they will have a successful year; if it rains and the weather is bad, there will be hardship.

If you want to read more about Bulgarian traditions click here.

If you want to buy books about Bulgaria click here. 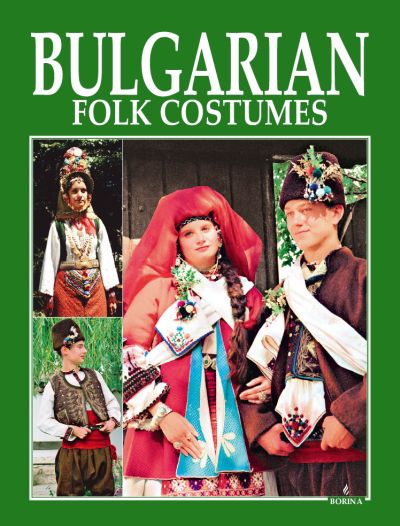