In topographic respect the country is divided into four zones from north to south: The first zone is the Mizia Hilly Plateau - from the plain type (known as the Danube Plain). The second zone is the Balkan Range (The Stara Planina Mountains). The third zone is a region of mountains and valleys and the fourth zone - the Rila - Rhodopean Massif. The fifth morphological unit is the beach line of 90 - 180 km along the Black Sea called the Western Sector of the Black Sea or Romelian. 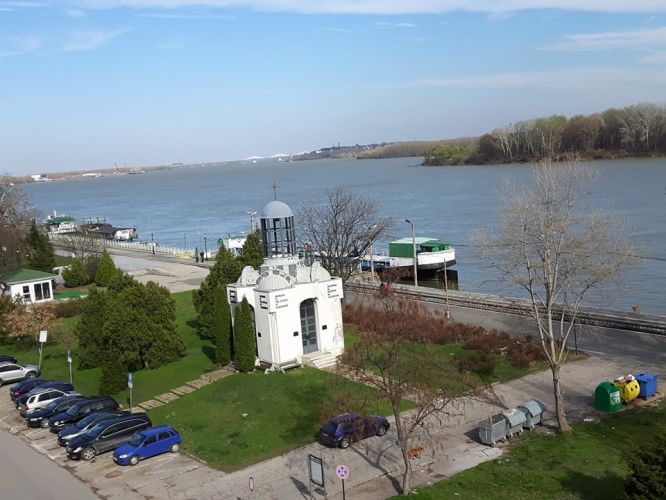 The Mizia Plain accounts for almost one third of the size of Bulgaria (32 000 m2). To the west it reaches the lower current of the Timok River, to the south - the northern foot of the Balkan Range, to the north it borders with the Danube River and to the east with the Black Sea. The average altitude is between 100 and 250 m as to the south towards the Balkan Range it reaches 400 - 600 m. To the north it gradually declines and terminates in a steep bank of the Danube River at an altitude of 100 - 150 m. At the seaside shore the altitude falls to 290 m at the Frangensko Plateau on the south and to 1 - 2 m at the village of Durankulak on the north. The Danube Plain is lined by the river valleys most of which are canyons with wide plateaus and flat hills. The river banks often reach up to 100 - 200 m height. They are vertical limestone rocks with broken surface by hidden natural and man - made caves. Orlova Chuka by the village of Pepelina in the Russe District is the longest natural cave with underground corridors with a total length of 13 437 m. The most famous complex of man - made caves which has functioned as monasteries and churches during the Middle Ages is the rocky monastery by the village of Ivanovo in the Rousse District. The walls and the vaults of five churches are decorated with precious mural paintings. The caves are included in the UNESCO Cultural Heritage List. 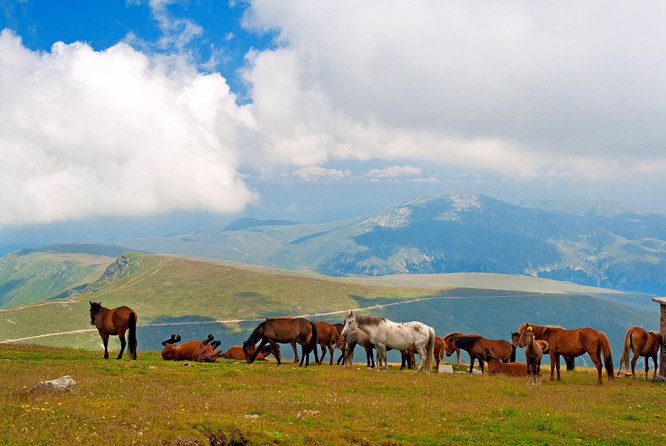 Stara Planina Mountain is the most remarkable mountainous range in Bulgaria. Its previous name is Balkan, which is taken as a name of the whole peninsula. The range is 530 km long and occupies an area of 25 500 m2. It divides the county into Northern and Southern Bulgaria. The range has two diverse sections. The northern part is lower and is called the Fore - Balkan, while the southern part is higher and is called the Main Stara Planina Range. The crest of the Main Stara Planina Range is the watershed between the Black Sea and the Aegean Sea. From the west to the east the Balkan Range is divided into the Western, Central and Eastern part. The western part is rather wide with a length of 45 km and Midzhur (2 168 m) as its highest peak. The central part is narrow with a length of 15 km and the highest peak of Botev (2 376 m). The Botev Peak is the highest peak of the whole Balkan Range. The eastern part is gradually widening and divides into a Northern and Eastern sub - divisions all heading to the east. The height of cape Emine is only 60 m. The highest peak of the eastern part is peak Bulgarka (1 181 m). 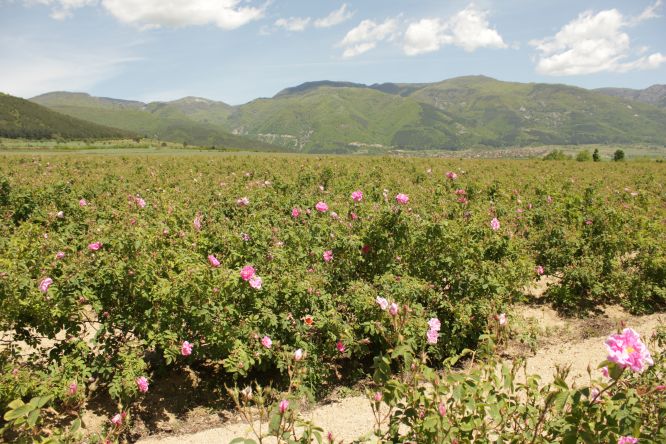 The transition zone of mountains and valleys stretches between the Balkan Range to the north and the Macedonian - Rhodopean Massif to the south. The transition zone occupies an area of 30 807 m2. It has a diversified relief of 31 mountains along the Sredna Gora Mountains with a length of 285 km and highest peak - the Bogdan Peak (1604 m). Apart from that it has numerous valleys between the mountains and vast plains, one of which is the Upper Thracian Plain. The plain occupies an area of 6 000 m2 and an average altitude of 165 m. It is the biggest plain in Bulgaria and on the Balkan Peninsula. 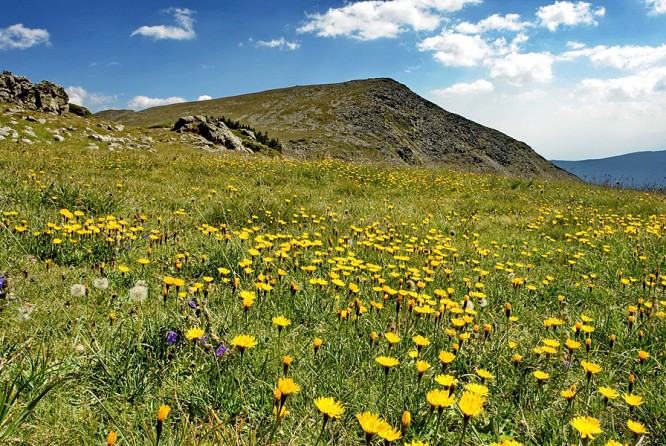 The Macedonian - Rhodopean Massif occupies an area of 22 670 m2 from the most southern part of Bulgaria. It covers the vastest and highest mountain lands of the region. The massif consists of the Dardara massif, the Rila - Pirin group and the Rhodope Mountains.

The Dardara massif consists of the Osogovo and Belasitza Mountains. The highest peak of the region is Ruen (2 252 m). The highest peak for the Rila - Pirin group is the Musala peak (2 925 m) and for the Rhodopean massif is the Golyam Perelik peak (2 191 m). The massif includes the most impressive gorges and ravines of Bulgaria. 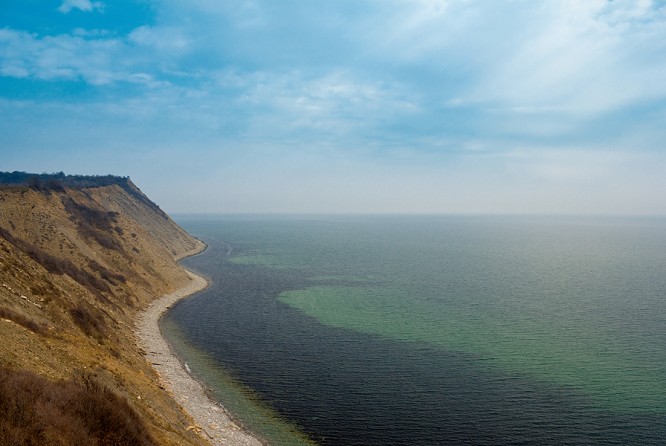 The Western sector of the Black Sea consists of the eastern coastline of the Mizia Plain, The Balkan Range and the transition zone of mountains and valleys. It is 200 km long and 90 - 180 km wide. The Western sector is divided into three parts - Northern, Central and Southern.

The Northern part of the sea shore reaches 1-2 m to the north and 290 m to the south. The seashore is lowest at Cape Shabla with vast beaches and beautiful lakes. The highest part is the Frangensko Lake at an altitude of 290 m where is the biggest landslide along the Bulgarian Black Sea coastline.

The Central part occupies the seashore of the Balkan range among the valleys of the Kamchiya and Aheloy Rivers. The shores are steep with landslides at some areas, jutting out capes and vast beaches at the mouths of the rivers. The most famous and biggest beach is at the Sunny Beach resort.

The Southern part consists of low shores deeply lined by peninsulas and rocky capes. Small lagoons separate the river mouths from the sea. There are some large lakes in the region: the Pomoriysko, Atanasovsko and Mandrensko Lakes. The abrasion has formed picturesque corridors - fiords and small caves in the volcanic rocks. There are also some small islands - Saint Pavel, Saint Iliya and Saint Anastasiya.