Performances of the Bulgarian Orthodox Choir

The days of the performance are on request!
Price:

The Bulgarian Orthodox Choir is undeniable phenomenon in contemporary culture, one of the most outstanding and remarkable performing ensembles in Bulgaria.

The mixed choir consists of women and men, professionally trained in an unique manner of sound production, called “bregmophony”, associated with the specifics and architectural features of the temple area.
Not accidentally, after one of the choir’s many concerts, the famous American conductor Prof. Anthony Antolini, head of the Rachmaninoff choir – USA, exclaims: "I have been seeking this sound all my life ..."

And the Superior of the Patriarchal Metochion of Nikolo-Perervinsky Monastery in Moscow and Rector of the Perervinsky Theological Seminary - Archpriest Vladimir Chuvikin says: “And for the mastery of your performance, I can say - professionalism. And not only professionalism - you have a depth in the performing of the chants, by not saying a word only, but also your hearts are involved and your souls sing, rejoice and triumph, praising God. I am confident, that Bulgaria is proud of you, you are a true national treasure.”

The Choir's repertoire comprises chants - samples of monodic and polyphonic orthodox singing tradition. Most of them were written specifically for these singers. The ensemble performs also popular folklore songs and works of classical music composers from different countries and historical periods. 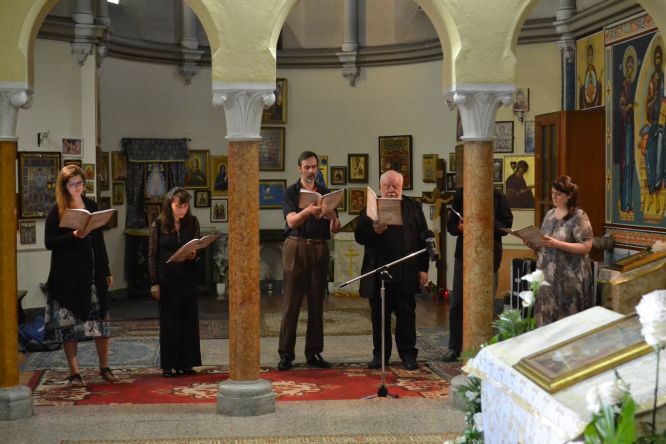 If you want to buy a CD of bulgarian orthodox chants, please click here. 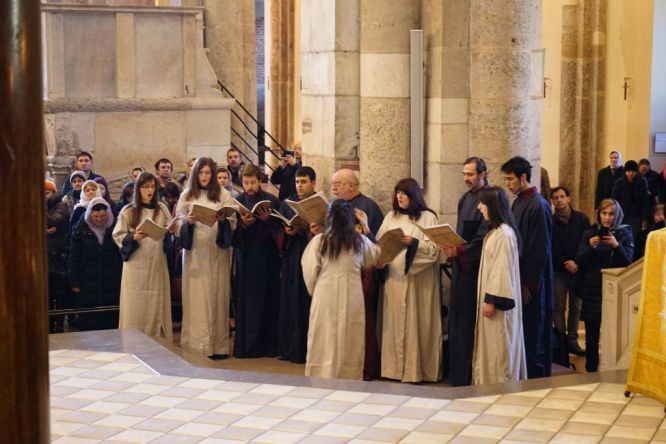